There are a few anime shows out there that does a more profound work of world-building than Children of the Whales does. With such a staggering premise, it immediately sets up an infinite potential for a seemingly limitless narrative. Although Season 1 fails to somewhat deliver in a caliber worthy of its godlike setting, it still is by no means a failure. Instead, Children of the Whale Season 2 is in huge demand in the anime society, and the status of its where about is regularly enquired. Team Sq will help to clear up questions that had popped up regarding the status of Children of the Whale Season 2 as well as attempt to predict its chances of happening and a potential release date.

The original series is a manga written and illustrated by Abi Umeda. The original Japanese title is ‘Kujira no Kora wa Sajo ni Utau’ which translates to Whales Calves Sing on the Sand. However, it later comes to be called ‘Children of the Whales’ which seems to evolve as its household name. Published on 6th June 2013 by Akita Shoten, the manga currently has 13 volumes and is updated in mostly a monthly basis. It is currently serialized in the Monthly Mystery Bonita, a shojo manga magazine.

The animated series is announced shortly before the release of the 11th volume in Mystery Bonita itself. Eight months later, an animated television series produced by JC Staff premieres on 8th October 2017 under the supervised direction of Kyohei Ishiguro. The 12 episodes long season is updated on a weekly basis till the premiere of the last episode on the eve of Christmas the same year.

Later in January 2018, two special OVA episodes are released by the same studio which are only 10 minutes long each. The same year witnesses the International Streaming Giants Netflix acquiring the streaming rights for the first season. It remains unclear when Children of the Whales Season 2 will be released.

Although no official statement has come from the producers regarding the confirmation of Children of the Whales Season 2, there are plenty of reasons to be optimistic about. First and foremost is the manner in which the first season ends. The pseudo cliffhanger ending would normally suggest that there are viable plans for a second season, in normal circumstances. With the Mud Whale escaping from its captivity, it would potentially imply new adventures and more world building.

It would be terribly inconvenient for fans of the show if the show is to be simply left in such a manner. After all, there are much more mysteries left to be unsolved such as the various mysteries regarding the marked culture. Closure is something that is important for anime fans and it would be brutally insensitive for the studio to leave an open ending without plans for a future project.

That being said, it should be known that sequels for anime do take up a lot of time unless they are the top tier ones like One Piece or My Hero Academia. It has been hardly one and a half year since the debut of Season 1 therefore, Children of the Whale Season 2 will most likely be a game of patience. If the studio releases an official statement by 2019, that would be extremely fortunate.

The first season uses up a lot of the source material at a rather inefficient manner. Pacing obviously is an issue as lots of chapters from the manga are crammed into 12 episodes. However, the author is working hard and new chapters are available at a regular interval. There have been 13 volumes in total currently and the number of chapters per volume has been increased from four to five since the eighth volume. Up to the seventh volume has been utilized for the first season, therefore with more coherent pacing, there should be no hindrance for Children of the Whale Season 2 to materialize in terms of source availability.

Netflix acquisition of the series means a massive financial upliftment of the show which performs terribly in its DVD/Blu-Ray sales. Less than 500 copies are sold on the release day according to stats collected by someanithing.com. This is a poor feedback, but Netflix intervention solves most of its financial problems. Thank you, Netflix!. This does elevate the likelihood for productions of Children of the Whales Season 2.

JC Staff has a pretty busy schedule ahead. With the much awaited One Punch Man Season 2 currently being aired, it has also confirmed a KonoSuba movie as well as Season 2 of Danmachi: Is It Wrong to try to pick up Girls in a Dungeon?

Hopefully, Children of the Whales Season 2 will be prioritized as well, and if JC Staff is done with the underlying scheduled lists we might possibly have a release date by 2020. We will try and update this section as soon as productions plan is confirmed.
Read More in Anime Preview: Rosario + Vampire Season 3

In a setting that mirrors Hollywood Blockbuster Waterworld, Children of the Whale is set in a fictional landscape which comprises of a vast ocean of sand. The Mud Whale is a floating island vessel that drifts around the sand world in search of other islands. Inside the Mud Whale, the inhabitants are divided into two classes – the marked and the unmarked.

The ‘marked’ are people with a supernatural ability called ‘thymia’, the show’s equivalent of telekinetic power. However, this power is acquired a great cost – a drastic reduction of their lifespan. Hence, the society within the Mud Whale is governed by ‘the unmarked’, the lesser ten percent who do not have such powers but enjoy a longer lifespan as a result.

The marked castes are controlled to a certain degree by the unmarked. They are not allowed to express their emotions. Instead, they are expected to live with vigor and robust. This seems to be a pragmatic approach since their premature death would imply that funerals are a common phenomenon in their society.

The story centers around a young boy called Chakuro who is part of the marked society. An archivist by profession, Chakuro is tasked with keeping records from explored islands which could prove instrumental for future generations. However, every island discovered and explored has so far been deserted and void of humanity.

One day, upon the discovery of another island, Chakuro joins the scouting team which discovers remnants of an archaic civilization. They are bewildered and taken aback to find a single inhabitant in its crumbling remains – a girl known as Lykos. This unraveling discovery is about to change the complexion of the whole world for Chakuro and the inhabitants of the Mud Whale.

Children of The Whale Notable Characters

Chakuro is the main protagonist of the show. He is not particularly proficient in wielding his telekinetic powers which earns him the profession as an archivist. He has a rather short stature, with messy brown hair, and green eyes. Like his profession demands, Chakuro is insatiably curious and a passionate thinker. Although the marked castes are prohibited from expressing emotions, Chakuro can get very emotional and often cries during funerals.
Lykos

Lykos is the female protagonist of the show. She is an abandoned lone inhabitant of a deserted island until she is rescued by Chakuro and the others. She is extremely recessive and doesn’t share much about her pasts to others. She has a brown complexion with light blue hair and dark pink eyes. She grows to care more for Chakuro and later, confides her past to him. She is revealed to be a former soldier of the Allied Empire whose ship was destroyed by enemies. She is a lone survivor of the attack and has been stranded on the island ever since.
Sami

Sami is the deceased childhood friend of Chakuro who takes a bullet meant for Chakuro to ensure his survival. She is one of the rare proficient wielders of thymia and as a result, she is considered a valuable asset among the Mud Whale citizens. Sami is a short girl with short blonde hair. She can be very friendly and innocent to a point of naivety. She had a crush on Chakuro and constantly looked out for his well-being. She expressed her desire to marry Chakuro when they come of age and Chakuro replied that he would like the same. Sadly, that would never materialize.

‘Children of the Whales’ is an anime that suffers from improper pacing, in all honesty. It has an unrivaled and unparalleled world building. Unfortunately, even with such a solid premise that is near to perfect, it has a very average execution. We have seen such problems before in Sword Art Online, an anime with a great premise and atrocious story execution. However, Children of the Whales is still redeemable.

Much of the problem lies in the limited run of the first season. Simply too much stories are crammed inside a limited space and the story suffers horribly. There is simply no room for proper connections with the characters and since the show is kind of kill-happy, it is difficult to really feel for the deceased characters. A lot of weight on their death is negated by improper characterization.

The element of mystery can be very compelling but that is also something that suffers from the pacing of the show. This is something that Children of the Whales Season 2 should be able to fix with an increased number of episodes. A storyline and world structure as unique as this anime should simply not go to waste.

The improper pacing is clearly evident in the gap of ratings between the manga and the anime show in My Anime List. While the manga boasts a rating of 7.76, the anime manages to garner only 7.31.

All in all, it should, however, be noted that most anime shows are financial ventures designed to garner popularity for the manga. Children of the Whales is not an exception, therefore, it is understandable that a lot of the manga chapters are forced into a short season. It is unclear whether producers will feel that Season 1 is a success. Netflix barging into the scene definitely tilts the scale back into the favor of Children of the Whales Season 2. 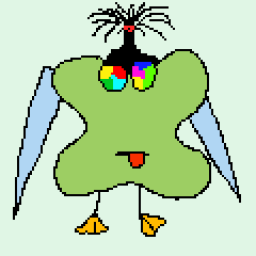